Mariano was born in Buenos Aires, Argentina in 1970. He studied at the “Estimulos de Bellas Artes” Academy and at the Elsa Bugdady Taller finishing his training under the famous Argentinian sculptor Luis Jimenez.

In 1997, after travelling around the world, he landed in San Jose de Costa Rica and made it his home until present time.

Art has followed him since the beginning but it was in 2010 when he decided to dedicate all his time to follow the dream.

He finds the inspiration for his work from his childhood experiences. From the 70’s and 80’s, those characters, elements and moments help him rebuild that period of his life. His nostalgic memories and sense of humor are admired by collectors who appreciate his ironic representations.

The introduction of the color tv in Argentina in the 70’s, his first comic books or the Asterix chapters as well as the first Polaroid cameras are depicted in his work.

“Two brothers are having an after-school snack while watching TV at the end of the 70’s. One of them is not only watching TV but saving frames in his memory, like he who protects seeds for the emotional reserve of humanity. Night came and the cartoons where over. Childhood also came to an end but those seeds where cherished and protected. Time passed adding dust to those memories, some disappeared under the pass of days.
There’s something magic and impossible in his work, like a dream recorder or time-travelling machine. Mariano has the ability to paint the invisible, that power that only true artists can produce. He is capable of reproducing an image faithful to his memory with unprecedented technical ability, mastering the colors and with the exact traces of an architect. Still, his most amazing quality is freezing a moment and letting us visit his memories.
Mariano protected those seeds with love, he planted them when needed or urgent, and it was him, like a superhero armed with palettes and brushes, who was able to save the childhood memories from the white silence of forget. In some place, some time ago, I forgot the soundtracks and the aroma of fresh toasts. I lost the experiences. Fortunately, like in the comic books, a Superhero rescued them and painted them bringing them safe and sound to the present. It takes valor, dedication and talent, for that I will be forever grateful, dear brother.”
Adrian Lirman 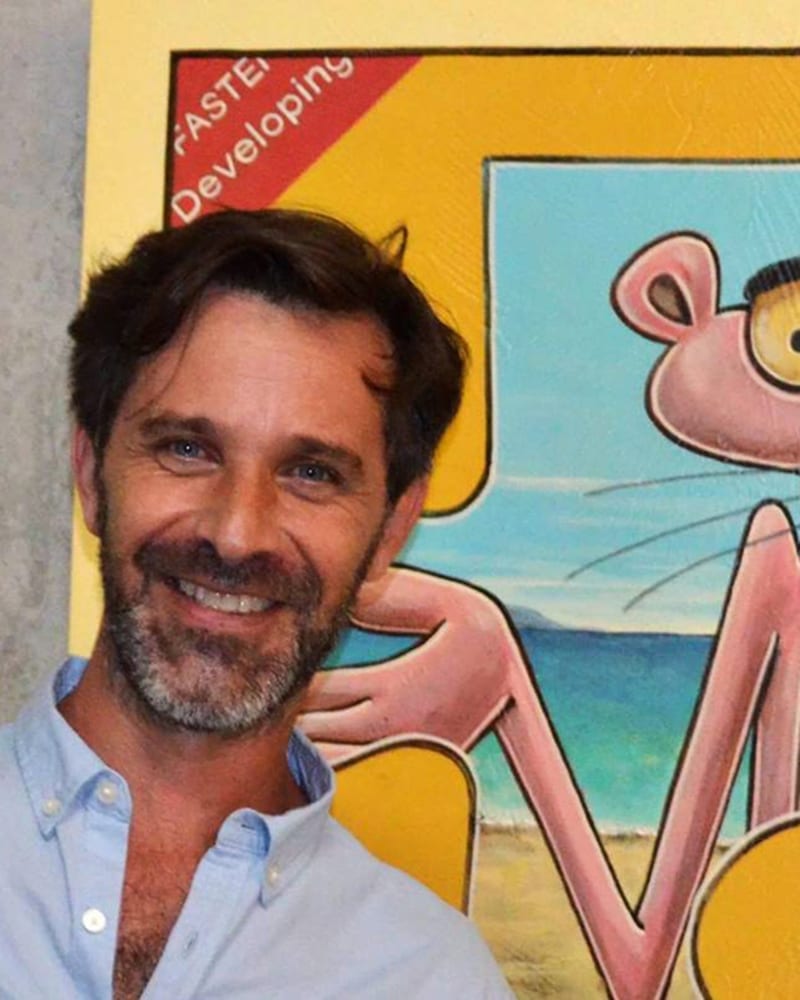