With hard work and determination, in 1992 she was awarded a full tuition scholarship to College for Creative Studies in Detroit, Michigan. There she excelled, enjoyed and learned most media, from painting, foundry, welding to glass blowing and print making. In 1996 White was awarded a full tuition Graduate fellowship to Alfred University. Where she focused on sculpture, installation, digital media and print making. After this she went on to practice her art professionally, attending residencies and working for artists. A significant change happened in 2000 while a fellow at the Fine Arts Work Center in Provincetown, MA.

Curious to know what the life of a “9-5er” would be, White sought out and obtained corporate employment. She landed in a creative studio in the luxury cosmetics advertising industry in New York City. She climbed the ladder from Production Assistant to Worldwide Director of (photographic) Retouching, responsible for the perfecting of the photographic image in order to render it more appealing to the luxury cosmetics clientele, using her expertise in imagery and the human figure to perfect and beautify. She then moved into management as the Director of Creative Operations Worldwide in brands such as Lancome, YSL Cosmetics, Ralph Lauren Fragrances and Tom Ford Beauty. Meanwhile Rachel was exhibiting in the Queens International, had an international solo show coinciding with the Polo Championship in Casa de Campo, Dominican Republic as well as at the Veuve Cliquot Gold Cup finals in West Sussex, UK. In 2016 Rachel White left the luxury beauty advertising industry and is now 100% professionally dedicated to her own artwork. Rachel lives and maintains her practice in her studio in Katonah, New York with her husband and two children. Since 2016 she has gained significant momentum and recognition as relevant, talented, and vivacious artist possessing an uncanny ability to emotionally draw the viewer in. 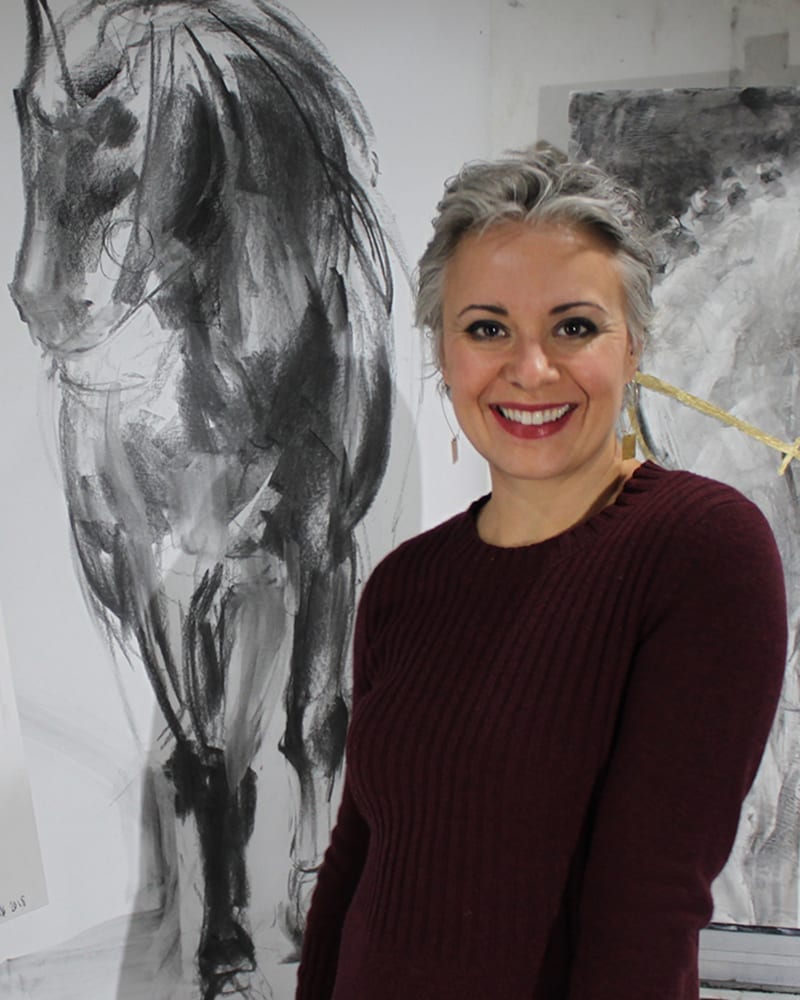