Colorado based photographer Scott Majors prefers to think of himself as a Professional Observer and Visual Nutritionist who is lucky enough to finally be pursuing his passion with photography.

Scott’s versatile shooting style allows him to cover an eclectic mix of imagery ranging from fine-art landscape photography to documentary set photography. His background working with film as a photojournalist developed his passion for single frame photography and is evident in his current work.

His love affair with photography was set into motion one summer in college when he took a course in Photojournalism for Black and White Film in the late 1990’s. From there he worked as a Photo Darkroom Assistant and Photo Editor of the college newspaper before interning as a photojournalist at a Daily Class IV newspaper in Colorado. He has won multiple awards for is work as a photojournalist including recognition from the Rocky Mountain Collegiate Press Association and the Colorado Press Association.

Chasing forest fires, house fires and car wrecks for the newspaper business did not turn out to be his calling so he decided to see what the view from other corporate ladders looked like. He climbed a few but didn’t much care for what he saw. His first love of the darkroom continued to call him. After 10 years of not touching his camera, Scott and his father decided to install a darkroom in his home and the Knob Hill Project was born. Now Scott was able to approach the craft with a whole new purpose. Just for enjoyment. This is where he started to see the world of photography outside of photojournalism. Exploitation was no longer the gig, and creativity was encouraged.

Since then, Scott has won awards for his work with b&w film photography, shown in multiple galleries and continues to sell his work to corporations and many private collectors. He finally converted to digital in 2013 and started to put focus into making photography a career. He has held numerous positions in the industry ranging from Lab Tech to Set Photographer, and now is head of his own photo company, Elemental Photo. 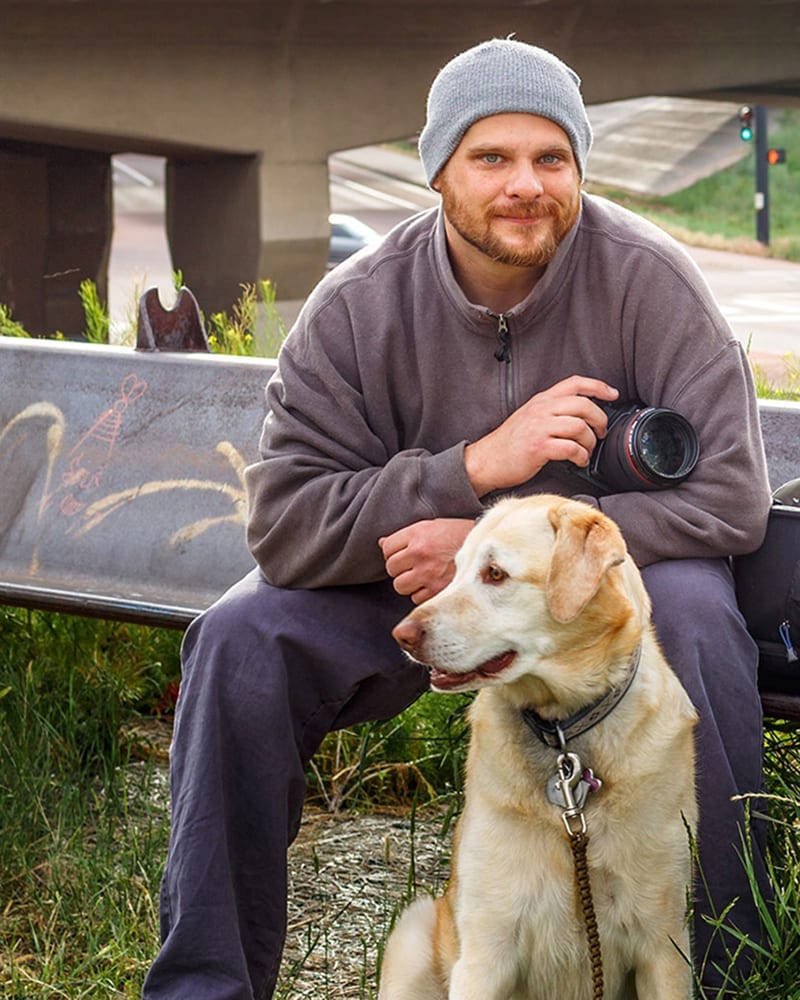